Do you notice where West Sumatera is? West Sumatera is located on the west coast of the Sumatera Island and equator line. What is the special about the place? It ranges of plains, mountainous volcanic highlands from northwest to southeast that formed Bukit Barisan, beautiful offshore along the west, The magnificent of Mentawai island and hundreds of small island nearby. The West Sumatera directly faces the Indian Ocean, and Padang is the biggest city with the long coast in Sumatera.

West Sumatera has a lot of lovely lakes, such as Singkarak (130.1 km²), Maninjau (99.5 km²),  Diatas (31.5 km²) ,Dibawah (14.0 km²), and  Talang (5.0 km²). The mountain is challenge to climb and has a great views on the top and has own unique typical characteristic, they are Marapi (2,891 m), Sago (2,271m),  Singgalang (2,877 m), Talamau (2,912 m), Talang (2,572 m), and Tandikat (2,438 m). It also passes by many rivers as the heart of civilization life, included Kuranji,  Anai, Ombilin, Suliki, Agam, Sinamar, Arau. If you hear about West Sumatera, it also well known with the earthquake shake because it is lied in the tectonic slab between the confluence of two major continental plates (the Eurasian plate and Indo-Australian plate) and Great Sumatran fault, plus the activity of the active volcanoes. The biggest earthquake was happened in 2009, and billion of world sympathy look to this place. 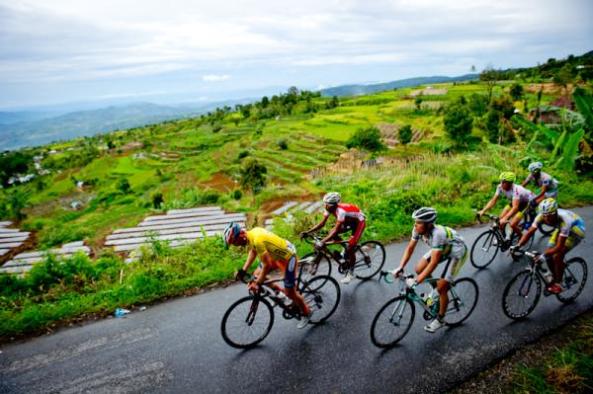 These are the prime of attraction of tourism in West Sumatera. Bukittinggi is well known as the tourism city that located in the highlands which is offer the exploration the culture and history of Minangkabau, people, crafts, dances, music, architecture, food etc. Pariaman with the picturesque of traditional ceremony festival, Tabuik,  also attracted a thousand of eyes. Mentawai Island also a popular spot for surfers because the wave is one of the biggest in the world. The power of southern Indian Ocean storm is turned by the prevailing sea trades towards these amazing island and amplified. Mentawai is also well known for people who want to experience the culture and more primitive lifestyle with Mentawai tribes. Sawahlunto also famous with heritage tourism, and the local government very eager to improve the facilities and the hospitality of the town, it is offered the mixing culture between the colonial in the past within the local culture.

lauch of Tour de Singkarak in Jakarta, the picture was taken from http://www.demotix.com/photo/2044601/launch-tour-de-singkarak-2013

The fifth of Tour de Singkarak will be started in Bukittinggi, at 2 June 2013 and will be finished in Padang at 9 June 2013. In this year, followed by 220 best riders from 16  internasional team; :  Jepang, Iran, Singapura, Australia, Uzbekistan, Ukraina, Kirzigtan, Rusia, Taipe, Amerika Serikat, Jerman, Belanda, Brunei, Selandia Baru, Perancis, Malaysia, and Indonesia as the host country with six teams. The reward money is IDR 1,200,000,000.

Tour de Singkarak route routes has been surveyed by Amaury Sport Organization which surveyed also Tour de France . it is the 5th biggest cyling ride event in the world for spectators enthusiastic. Based on the experiences of 2012 Tour de Singkarak shows the crowded of the people who watched the event like a big pump of spirit for riders. They never expected that the race will be so crowded and the spectator were very agog. Even the student came to the street with the flag to cheer up the riders.

This event shows the positive trend for Indonesian tourism especially for West Sumatera. In here, people not only will enjoy the original beauty of the nature,  the hospitality of the local society, the delicacy of culinary, the majestic traditional ceremony, the adventurous nature, they get them all in one packet in West Sumatera. It gives more values and evidences that Tour de Singkarak has one of the prestigious cycling races in World. Let’s support and be a history witness of the Tour Singkarak 2013.

6 comments on “Tour de Singkarak, Tour in the Paradise of Equator” 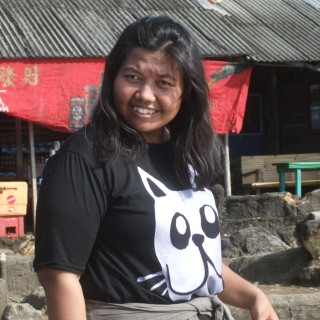